Not all Heroes exist only in stories

Inspiration is often found in places most unexpected and un-thought of. I found one such truly inspiring person today, when I met Rajeshwari, Porter’s 1st female truck driver. I was amazed at the young, well dressed woman who sat quietly, smiling shyly at me. Here’s her story, which like her profession is astounding and one that must be told.

Rajeshwari is merely 24 years old and a formidable force of nature hidden under quiet reserve. She lost her father at a very young age. He was a good man but had a penchant for drinking a little too much, a little too often. His untimely death left his family struggling. Rajeshwari’s father was a driver and the one who taught her to drive. On her very first drive the 12 year old realized her love for this profession. By the age of 16 she had mastered it fueled by poverty, grief and passion.

Rajeshwari hails from an educated background, having pursued a degree in Commerce and shatters all stereotypes on how truckers are supposed to look or be. She lived in the slum and started her career as a driver at the age of 18, but was often cheated or misunderstood. Tired of the misogyny and dishonesty she left trucking and joined KFC as a server. Eventually she missed driving, caught in the monotony of a job she felt no love for. At these crossroads she was introduced to Porter, India’s largest intra-city logistics player. This introduction changed her life. Today with the money she makes as a driver partner at Porter, she provides for her own family, aunt’s family and sister’s extended family. Rajeshwari happily adds “Porter is an excellent platform for all truckers, it gives you the ability to earn while being independent. It was here that I finally felt like an equal.”

A female truck driver is not an often seen sight and people always stare and question her about her job. I asked her how she responded to that. Her answer in near perfect English was simple:

“If a woman comes out of the confines of her house, she can achieve anything. Do not be afraid of the dark, of unknown people, of society or what people will say, be yourself. Nothing’s quite as dangerous as your fears. Once you achieve success the very people who questioned you will ask you for help. I have and will always encourage women to be independent and work. Do not take abuse, do not accept limitations, do not be told what to do. Appreciation will follow automatically once you find success.”

Grappling with the enormity of what Rajeshwari said I asked her what it felt like to be a female truck driver. She responded with a smile saying “every profession has its own set of difficulties. Many relatives and people questioned and attempted to stop me from pursuing such an apparently manly and outwardly dangerous profession, but I never stopped. I enjoy having my own business and I will pursue it until the day I die. My mother supported me and that was all I ever needed.”

Rajeshwari’s future plans include marriage and children only after setting up a successful business and owning her own fleet. With utter conviction she says:

“After setting up my own business I will get married and have children. It may be late and take time but I want my future children to have everything they want from happiness to freedom. That is how I want my future to be, balanced and secure because I am a successful business-owner.

(This is a part of a continuing series called ‘Celebrating Real Heroes through Real Stories’. Our aim is to provide much well deserved recognition to our amazing driver partners. We will be sharing our partner stories to inspire everyone, the way we are inspired by them every day.

Porter has helped many partners like Rajeshwari achieve the dream of starting their own business. Our partners are not just partners but a part of our lives, our equals, the pillars on which we stand. They are the fueling force behind our success. More than 10,000 driver partners, across 5 cities are porter’s champions in disrupting the Indian logistics market. We believe in being the change we want to see! Be a part of this change. To know more visit https://porter.in/ ). 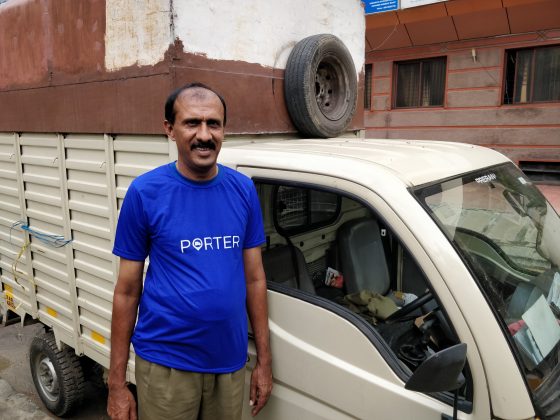 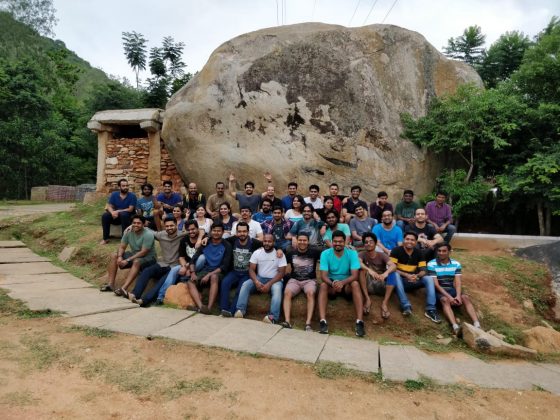